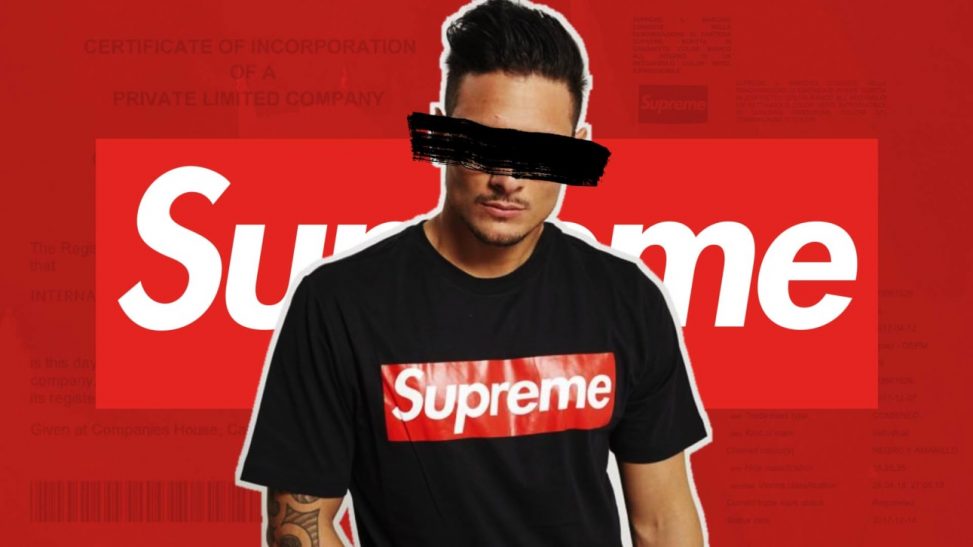 In 2017, Supreme New York was busy defending itself from more than just mockery. Supreme is now one of the most counterfeited brands in the world and its fakes are among the most searched for. The case of Supreme Italia, is more complex, because of “legal fake.”

Supreme New York waited more than a decade before it trademarked its logo in the U.S.; however, the U.S. registration didn’t protect the brand in other countries.

“It’s a practice that involves registering a trademark in a certain country before the original owner of that trademark has a chance to do so.”

Supreme Italia filed its application at the Italian Patent and Trademark Office on 18 November 2015 and started producing and selling its products.
Supreme New York had registered its trademark on 9 October 2015.

26 January 2017:
No new creative elements were added to the legal fake version, as stated by the first judgment from the Tribunale di Milano, according to which the Italian company repeatedly used the same brand, advertising images and graphics as the American one. Supreme Italia aimed at targeting a wider range of consumers by looking for more shops and retailers throughout Italy for the products distribution. This process brought Supreme Italia into the spotlight, reaching Supreme NY’s attention and leading to the legal case.

26 January 2018:
The final judgment stated the ‘parasitic’ unfair competition behavior of Supreme Italia and its consequences. 120,000 Supreme Italia items had to be withdrawn and the company had to pay € 5,500 to Supreme New York for fees and legal expenses.

In December 2018, Samsung confirmed a collaboration with Supreme. It turned out they had made a deal with Supreme Italia

Samsung then canceled the collaboration.

Before founding Supreme Italia, Michele Di Pierro has worked in the textile industry since 2005. In 2012 the legit fake phenomenon began, with twin brands like Boy London Italia and Pyrex Original. Di Pierro became well-known as representant of these brand.

Di Pierro claims that the brand is substantially different from Supreme New York, despite the fact that they both use the same red boxlogo and the Futura font.

Our success is not based on the box logo. It’s the quality.

A court in Barcelona ruled in favor of Di Pierro, because, in this instance, it had registered its trademark before Supreme New York.

Supreme Spain continues to operate its own website, which sells around 100 items of clothing, as well as accessories, and offers shipping to around 40 European countries.
It also owns four physical stores, in Madrid, Barcelona, Ibiza and Mallorca.

Money is all they want

What goes around, comes around

However, Di Pierro told in an interview that he as well is fighting against the fakes in the production stage in Turkey.

I had to stop producing in Turkey because many factories would make thousands of items off the books. I saw a bus with the writing Supreme Italia on it that neither me nor my Chinese parteners had authorized.